A BUSHFIRE is blazing near properties in Pacific Haven, outside Howard.

The fire is believed to have broken the containment lines and is burning near at least a dozen properties.

Ambulance, police and fire crews are at the scene of the fire near the airstrip.

It is understood there are three urban firefighting units, three rural units, a tanker and a bulldozer to create a fire break in the are 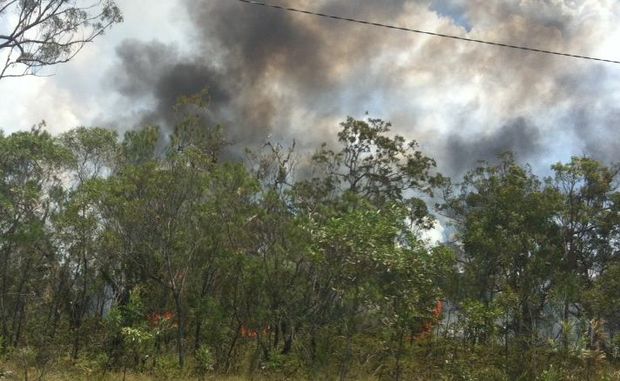 A fire burning near the airstrip at Pacific Haven is being fought by multiple urban and rural fire crews.